Azzurra and Barbara Boyle, co-dean of the UCLA Department of Film, Television and Digital Media, welcomed the first group of young talents from Italy, winners of a four-month residency at the University of California Los Angeles (UCLA), with a typical Italian dinner.

Alice Tomassetti, Emanuele Cidonelli, Alessandra Grassi, Barbara Ciriello, Lucia Marengo will be participating in a sixteen week research exchange internship and will be joined on March 15th by twenty more students for a four week intensive workshop. The students have been selected through a national contest to create an ensemble of graduate students and alumni in screenwriting, cinematography, set design, video directing, post-production and computer science.

“Since Azzurra is interested in working with young people, we were approached by the Ministry delegation of the Youth Policy Department of the Italian Government to work on a project with them – says Marcella Spinotti, President at Azzurra – we hosted them at UCLA in 2001 and it was then when we started to talk about this International Research Program in Storytelling and Technology”.

The project includes workshop classes that combine didactic components and the development of a project. The young talents will be involved in these activities for 40 hours per week and they will also take part in social activities on and off campus.

The workshops will include follow-ups, lectures and discussions with film, TV and digital media faculty, alumni and students on aspects of screenwriting, directing, cinematography, production, editing and new media.

“The program selects fields at the intersection of the visual language and technology taking into account the students’ background and the required skill set for young professionals in the larger entertainment field,” says the director of the project and researcher at the Center for Research in Engineering, Media and Performance (REMAP, UCLA) Alessandro Marianantoni, whose goal is to further inspire the young Italians and to extend not only their professional expectations but also the artistic expression of their own personal talents. “The residency will also be a human experience, a confrontation between young students from different cultures, a formative experience towards the improvement of the self-confidence through the awareness and the capability of developing professionalism and sense of entrepreneurship,” says Jeff Burke, executive director at REMAP. 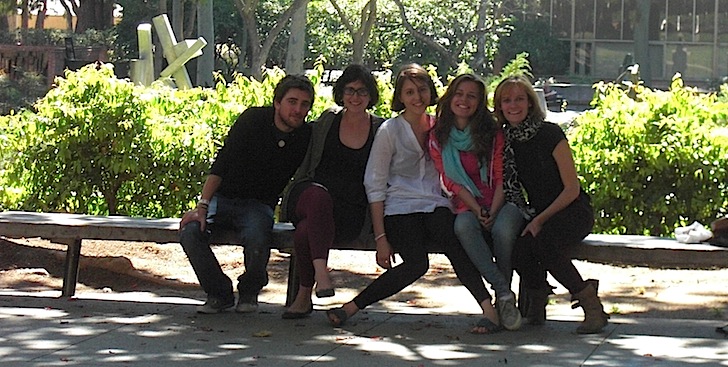 Previous post
VOICES FROM THE COLOSSEUM, the Google App that Brings Monuments to Life
Next post
New Media Workshop in Fermo, Italy