VOICES FROM THE COLOSSEUM, the Google App that Brings Monuments to Life

Promoted by Azzurra, and produced between UCLA, Google, and Italy, Voices from the Colosseum is an experimental project through which the traditional walk along Via dei Fori Imperiali in Rome becomes a playful view into the life of the Roman emperors. Through the use of tablets and smartphones, visitors can watch the passion between Cleopatra and Caesar, the conversion of Constantine, and the virtual reconstruction of the Colosseum (as Vespasian had wanted it).

Though experimental, Voices from the Colosseum is well designed and easy to use: visitors only need take pictures of the monuments using the Google Goggles software app, and as the mobile app recognizes the content of the picture, the user can watch the movie clips associated with the monument.

While 15 of the movie clips were shot at the UCLA School of Film, all post production, and the entire sixteenth move clip, were completed in Italy by an international coalition of students. For this, Azzurra brought in Marc Abraham, Betsy Heimann, Andrea Morricone, Pietro Scalia and Dante Spinotti, as outstanding mentors for the initiative, who all supported the group by sharing their knowledge and experience.

“It was important to capture the essence of each of the emperors quickly and have the scenes say something essential about their character while basing everything on historical fact. There are a number of scenes that end with specific lines that the emperors are famously rumored to have said. The most intriguing challenge was to look at the geographical area that had been plotted out (the colosseum and surrounding areas) and then build a narrative around an existing physical space in a way that would be engaging for a tourist. The geographical location dictated the scenes rather than it being the other way around. It was also important that the scenes play effectively on a mobile device (tablet/mobile phone) and be relevant to the sites that were photographed. It was undoubtedly a challenging but extremely enjoyable experience.”

“This was an amazing script to work with. As a director, my job was made easy because the script was so visual already. The most interesting and exciting part of the production was the costumes. They really bring the characters and scenes to life. The teams we assembled were fantastic. We were able to shoot at a great speed while still maintaining great performance and creativity. And the post production process completely transformed everything into a real work of art. Directing the actors was wonderful as usual. They really committed themselves fully to the period and had a lot of fun with the project.”

“As a film editor and storyteller surrounded in a world of changing technology, I was particularly interested in this project as to how the perception and experience of a physical historical place, rich in history can connect the viewer dramatically, to enrich and change the experience from other established conventions. Combining the use of new tools, and having young filmmakers explore various disciplines through social media is an original step towards our ever expanding world of social interaction.”

DANTE SPINOTTI
Mentor
A.S.C., A.I.C. is a cinematographer and a member of the Board of Governors of the Academy of Motion Picture Arts and Sciences

“As I was invited to have a part in the mentorship, and to have a meeting with the students, the mentors and the group that eventually photographed and completed the original idea, my response was positive and enthusiastic mainly because the use of storytelling with moving images of a film, or more films, for the purpose for which they have been conceived, was presenting some challenging language choices and ways of visualization. Internet has expanded the utilization of the product of my profession, cinematography, but at the same time pushes for a research in how to better utilize the potential of filmmaking if it is directed to that kind of audience, who will enjoy the message in a very specific situation.”

“When Marcella Spinotti approached me to me be a mentor, I was intrigued by the interactive nature of the project. I liked the idea of combining a visual reference with a verbal description on demand.”

“Being someone who works in the field of literature and history, Alessandro Marianantoni’s invitation to brainstorm with him on the nature of the project was irresistible. I thought from the beginning that the project was exciting and innovative, and although my role was marginal, I am very proud of having participated in the project.”

“Working with Alessandro’s vision it was a pleasure to review the extraordinary complexity accomplished in designing the Colosseum through the amazing clarity for proportioning of all of it’s components. The engineering throughout the ten year period of construction was an additional remarkable feat, particularly since so little is known as to who the architect(s) was/were and who oversaw the building of this amazing edifice created for the enjoyment of Rome’s citizenry.” 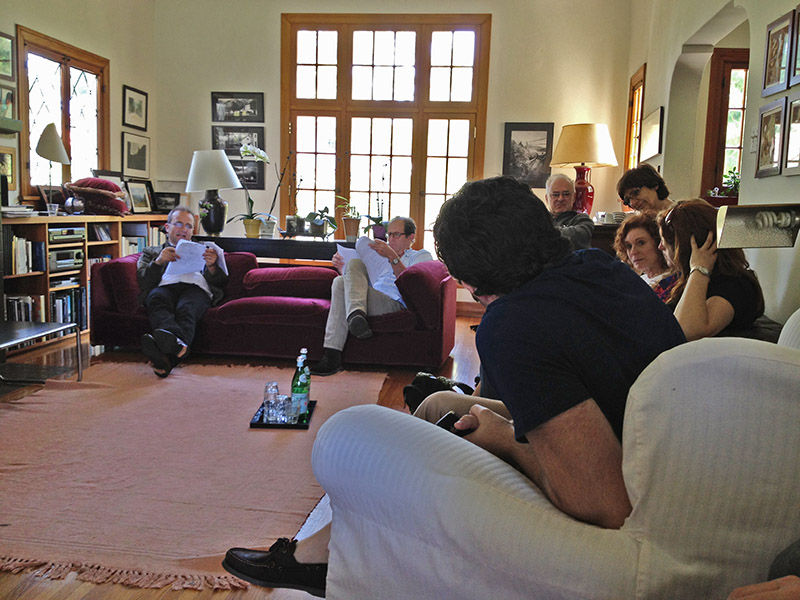 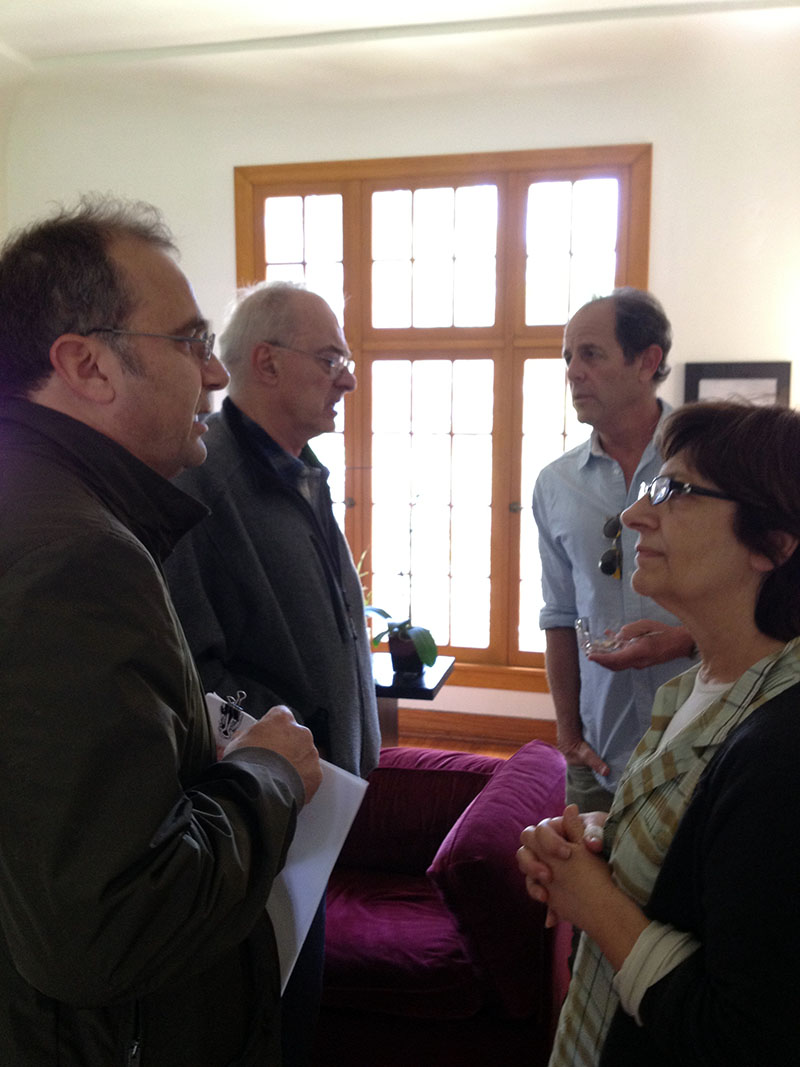 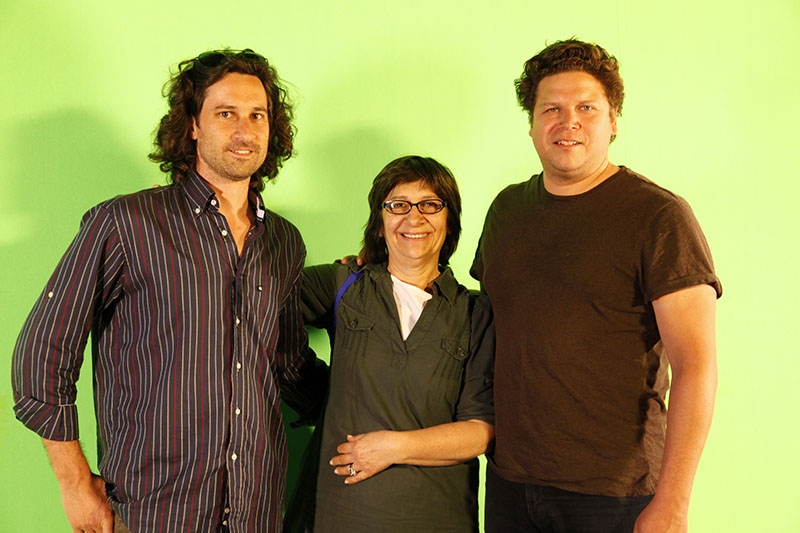 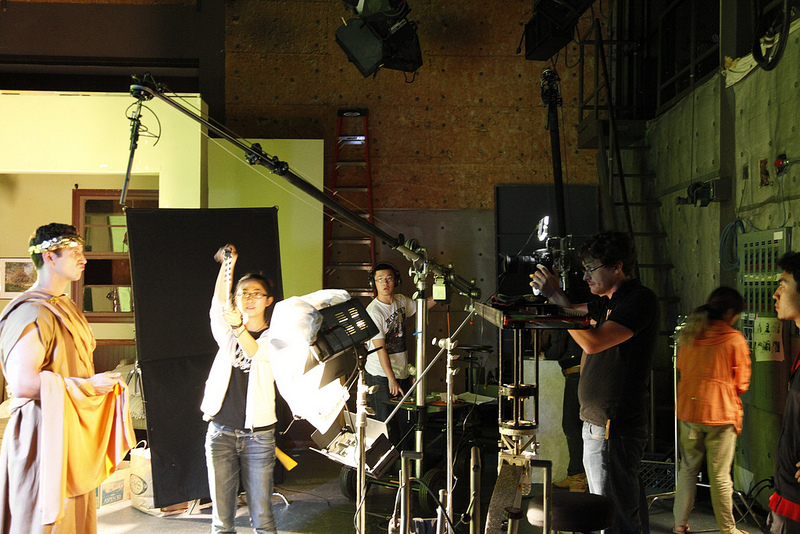