In February 1909, the Founding Manifesto of Futurism (Italy’s avant-garde artistic movement) was published at Le Figaro in Paris. In the years following 1909, the publication of another twenty-six manifestos extended the Futurist movement into a multitude of media, even infusing the culinary arts with aesthetic values. The Manifesto sulla Cucina was introduced in 1930 and special recipes were created by well-known artists.

In association with UCLA and Otis College, Azzurra honors Futurismo’s centennial by hosting an evening of art, theater, music and film, and ending with a futuristic dinner on the Fowler Museum terrace. The menu, created by chef Evan Kleiman, is inspired by Marinetti’s Futuristic Cookbook from 1931, and includes such plates as carrot-leek puree with wild splashes of beets, milk bathed pork loin and sweet and savory lollipops.

The Harry and Yvonne Lenart Auditorium 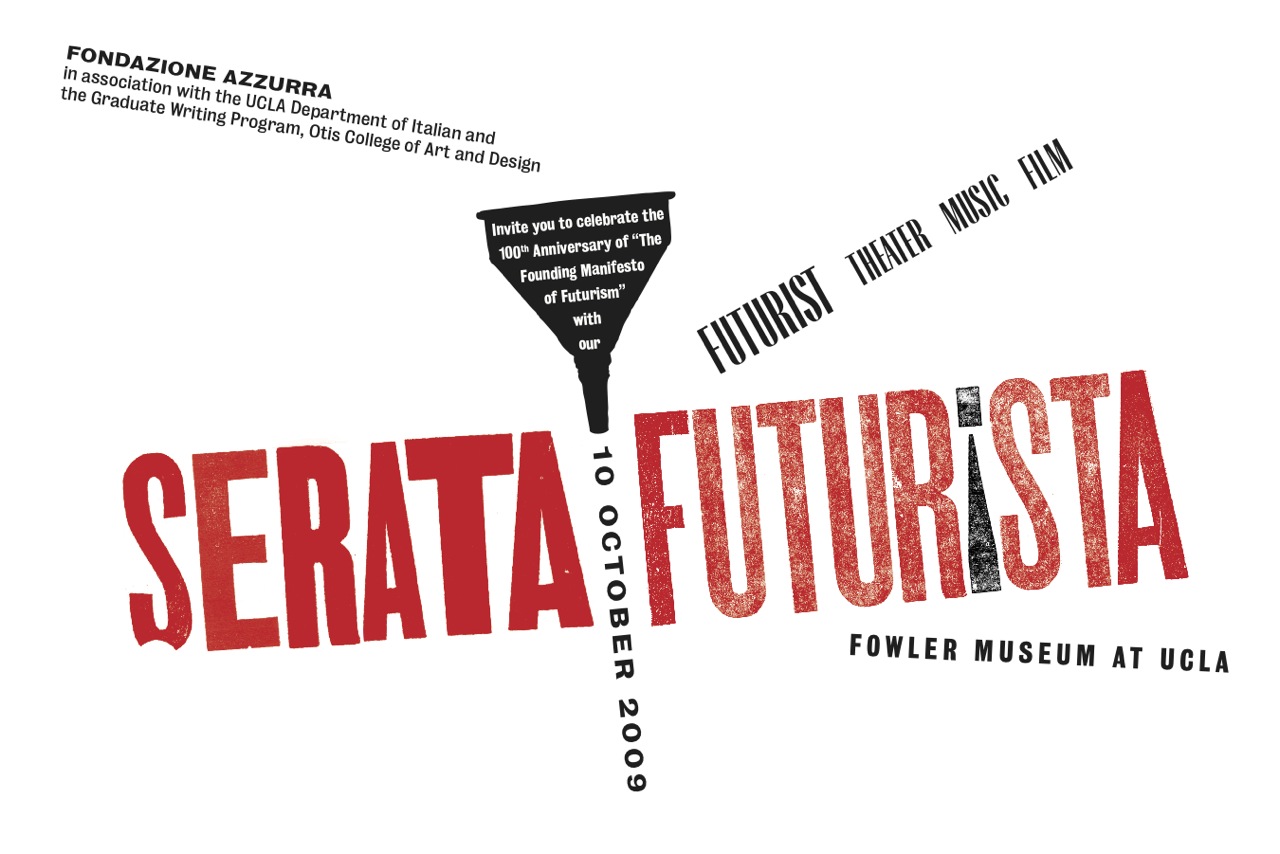 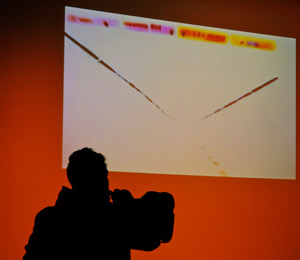